In Your Honor, Blackwater ’64 are making their AUCW debut as Foo Fighters for AUCW8 Night 2, on September 27th, 2014.

Times Like These, when you’re all Up In Arms and Exhausted, can really get the Best Of You. Well, Cheer Up Boys (Your Make Up Is Running), Blackwater ’64 is going to show up in a White Limo and help you get back on The Mend.

“All My Life I’ve been looking for someone,” says lead singer Ben Martsolf. “Something never comes never leads to nothing. Nothing satisfies but I’m getting close, closer to the prize at the end of the rope.”

Please help me in welcoming Blackwater ’64 to the AUCW family by downloading their AUCW Asset pack below, checking out their jams on Bandcamp, and of course by joining us on September 27th. Tune in tomorrow as we reveal the 10th and final leak of AUCW8 with Various Hands’ secret identity! 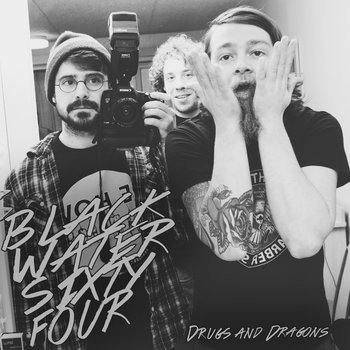