Unapologetic, Bluefish return to AUCW to Break It Off as the Good Girl Gone Bad, Rihanna, for AUCW8 Night 2, on September 27th, 2014.

With a great history of paying tribute to some of the strongest female artists and female-fronted bands in music — No Doubt, Alanis Morissette, Loretta Lynn, Eurythmics, Fleetwood Mac, The Breeders, Pat Benetar, PJ Harvey, and ABBA to name a few — Rihanna may be the Only Girl (In The World) that St. Louis needs Right Now. And, we’re told that Bluefish, comprised of guitarist Ryan “What’s My Name?” Ely, drummer Cale “S&M” Conrad, bassist Peter “Birthday Cake” Billing, and lead vocalist/guitarist Brad “Lemme Get That” Baker, are going to Pour It Up on September 27th at The Firebird.

“If It’s Lovin’ That You Want…” said Baker. “We’re go’n get so Drunk On Love… so Stupid In Love… you go’n have to check into Rehab! Comin’ Phresh Out The Runway, We Ride Hard until the Final Goodbye. P.S. (I’m Still Not Over You).”

Please help me in welcoming Bluefish back to the AUCW stage — their AUCW7 set as The Rat Pack was legendary — by downloading their AUCW Asset pack below, checking out their jams on Bandcamp, and of course by joining us on September 27th. Tune in tomorrow as we reveal Blackwater ’64’s secret identity! 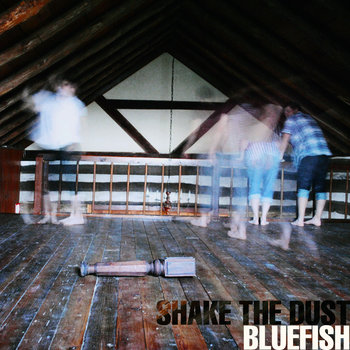